What is brand positioning and why is it so important? 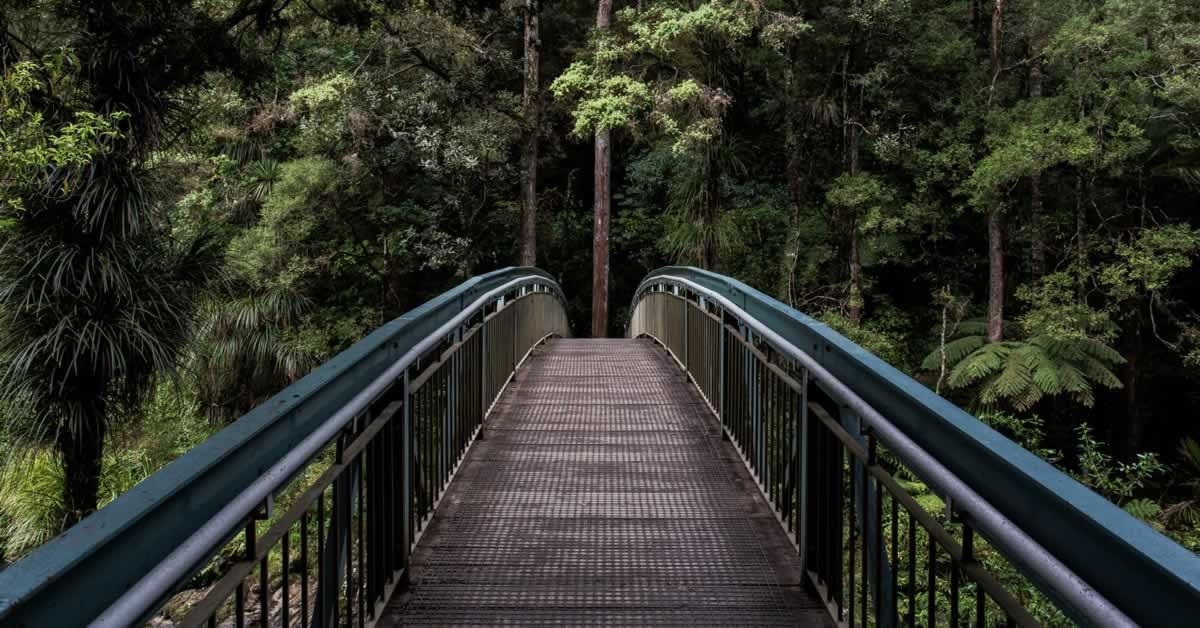 Positioning your brand well creates a path to success that is shorter and easier. It helps your customers know they should select you.

Think about this: if a prospect is comparing your product with a competitor's, what is there about yours that would make them choose it? If there's nothing to differentiate the two, you have a commodity that people will only choose based on price, and that's the last thing you want. Or, even worse, what if your prospects think something about your company or product that isn't true?

Your brand is everything about your company and products, not just logo and colors; it also includes intangibles such as your reputation, attitude, and communication style. It's the sum of all available information.

When perception doesn't match reality, your brand is in trouble and you're fighting an uphill battle.

In the world of marketing, perception IS reality because that's what customers base their decisions on.

One of my favorite brand positioning ad campaigns is from Rolling Stone. In the 1980's their ad revenue was really suffering because advertisers had the perception that the magazine's readership consisted of aging hippies who had no money. They had no incentive to advertise because it seemed like it would be throwing money away.

Beginning in 1985, Rolling Stone's brilliant campaign addressed that perception very directly in their ads, and did so in a way that was simple, attention-grabbing, and memorable.

The results? Ad revenues increased 47% in just the first year, and the campaign ended with about 60 different ads running throughout the decade.

Each ad targeted a very specific niche advertiser type, but in doing so they also attracted other advertisers. For instance: 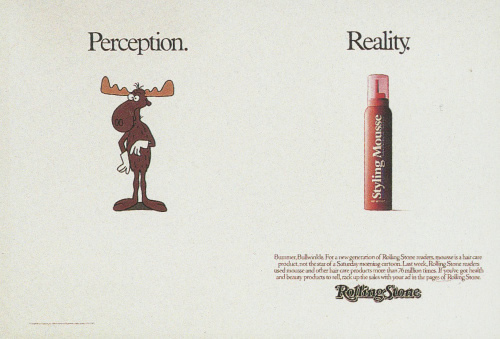 These ads are a perfect illustration for why brand positioning is so important. And look how simple they are! You don't have to knock people over the head with buzzwords and bull; you just need to share information in a way that will help them make a decision.

Check out a couple more of Rolling Stone's ads, and see for yourself how they spoke directly to their prospects in a way that was attention-grabbing and memorable. 30 years later and they're still brilliant. 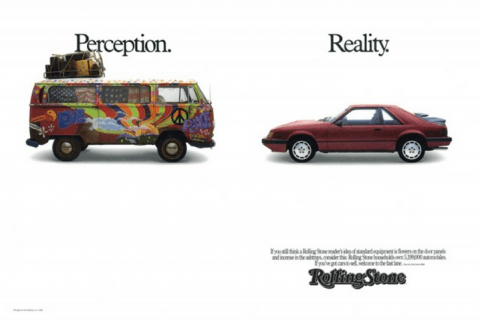 "If you still think a Rolling Stone reader's idea of standard equipment is flowers on the dash panels and incense in the ashtrays, consider this: Rolling Stone households own 5,199,000 automobiles. If you've got cars to sell, welcome to the fast lane." 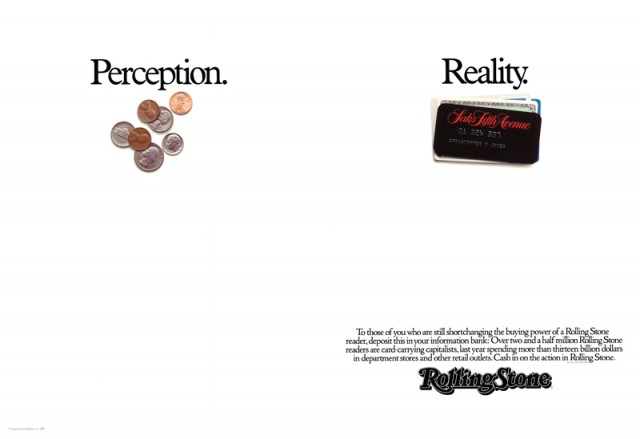 "To those of you who are still shortchanging the buying power of a Rolling Stone reader, deposit this in your information bank: Over two and a half million Rolling Stone readers are card-carrying capitalists, last year spending more than thirteen billion dollars in department stores and other retail outlets. Cash in on the action in Rolling Stone."

Let me know in the comments below if you've seen other brilliant brand position campaigns. I love this stuff!

And if your brand's perception doesn't match reality, set up a free consult with me (sorry, timeframe for scheduling consults has passed) and let's talk about how you might be able to solve that. Sometimes it just takes an outsider's view to see the obvious. 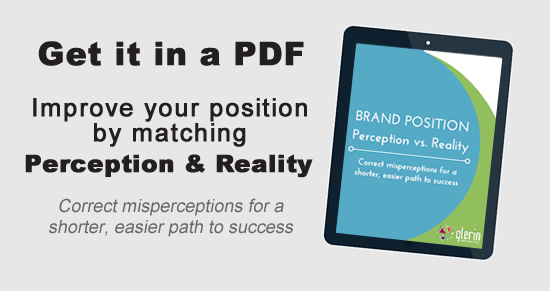 Get this post in a PDF so you can be inspired by this brilliant ad campaign any time!