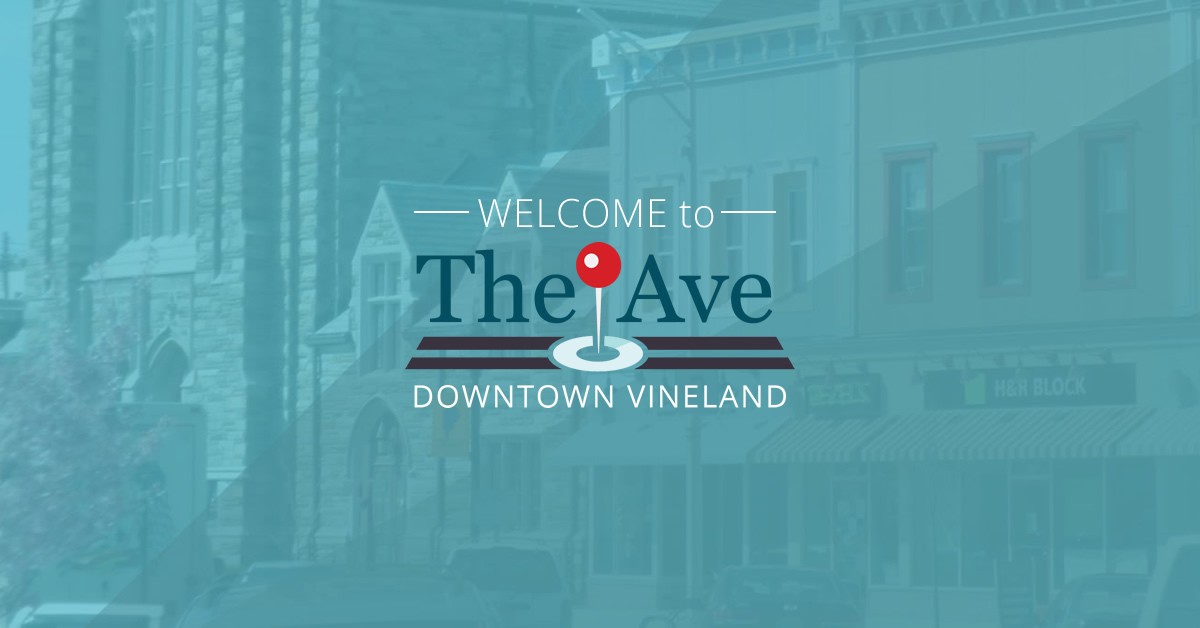 Welcome to The Ave!

Vineland Downtown Improvement District in the city of Vineland, New Jersey, held their brand launch party on October 20 with over 300 excited people attending. In my 20 years of being in this business, Vineland is one of the most involved, positive communities we've ever worked with.

The number of volunteers involved is inspiring and they range in age from youth to retirees. They understand that the city is theirs, and they're not just waiting for change to happen. They're making things happen! 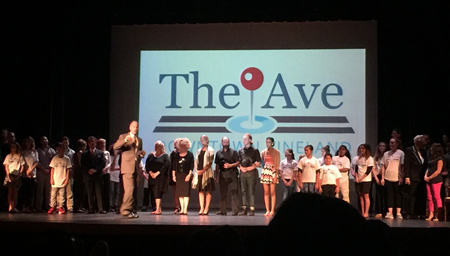 The brand launch party was truly a community event. A multimedia presentation, including performances by local youth, took the audience through Vineland's history from its founding to the current rebranding and revisioning for the future. It even began with Vineland trivia questions, and people all around us were trying to guess the answers. I could literally feel the excitement and pride in their community.

The first thing that anyone notices when entering Vineland is how wide and long Landis Avenue is – 100 feet wide, 1 mile long. On my first visit last year I was so excited to see diagonal parking all along both sides of the street in the Downtown district, proving that Vineland didn't succumb to the consultants that other towns and cities listened to when they replaced theirs with parallel parking decades ago. Features like that are a real part of history and community, not to mention being visitor-friendly since it provides a lot more parking.

In Vineland's heyday during the 50's and 60's locals always said they were going to “the Avenue” rather than downtown, so it was natural that this become the centerpiece of the new brand, both visually and by name, though shortened to “The Ave.” Thursday's gala was a celebration of the culmination of a year-long project that began with Main Street New Jersey awarding Main Street Vineland/VDID a Branding and Digital Design grant to work with Glerin on the rebranding and marketing strategy for Landis Avenue.

Executive Director Russell Swanson unveiled the new brand at the beautifully renovated art deco Landis Theater, one of Vineland's landmarks. Russell said, "The brand really represents how we want to position our downtown — how we want to market it, how we see it being marketed to other people — whether it's for business recruitment efforts or for people who want to live downtown."

Ok, people - this is how karaoke is done at Mauro's On The Ave in Downtown Vineland! Main Street Vineland

The party continued at Vineland's newest restaurant, Mauro's on the Ave, which opened beside the Landis Theater just a few days before the brand launch. The excitement and positivity was as palpable as the food and drinks were delicious.

Our night celebrating with the residents of Vineland reminded me of why we do what we do. It's unbelievably rewarding to work with people who truly believe in their communities, and it feels great to help make a difference in local economies. Feeling hopeful is a wonderful thing.

Downtown Vineland still has a long way to go to reach their goals, but with their strategy, plans, and enthusiasm there's no doubt in my mind that they'll succeed. These are people who truly love their community, and other hometowns can look to them as an example of how to make Downtown belong to everyone.

Tags:
web development branding branding identity Main Street
How investing in your website increases the value ...
What everyone should know about shopping local